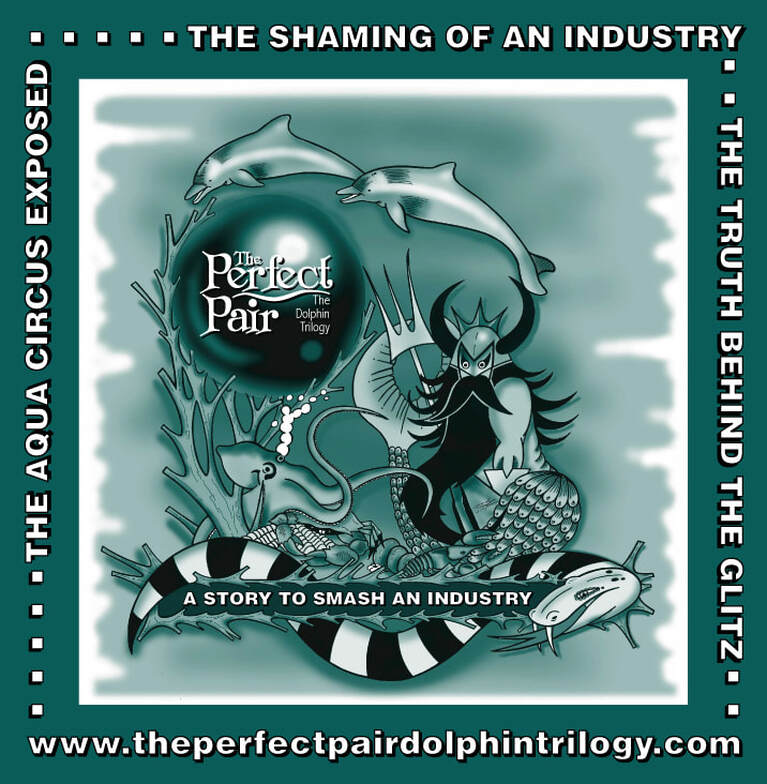 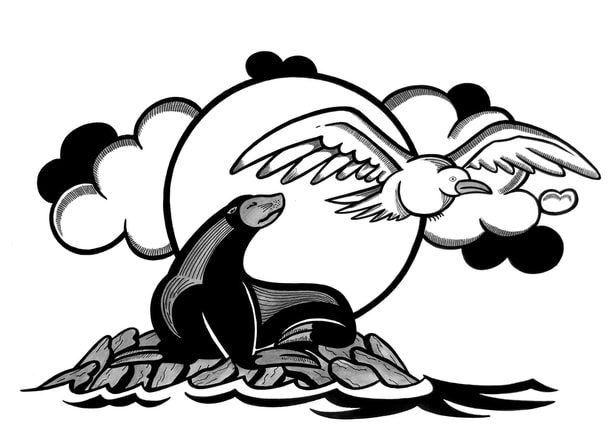 THE PERFECT PAIR: THE ENCHANTED MIRROR
​ 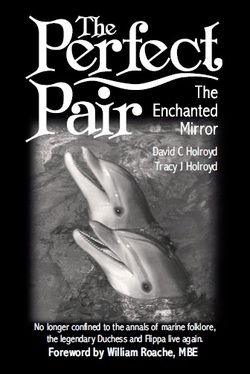 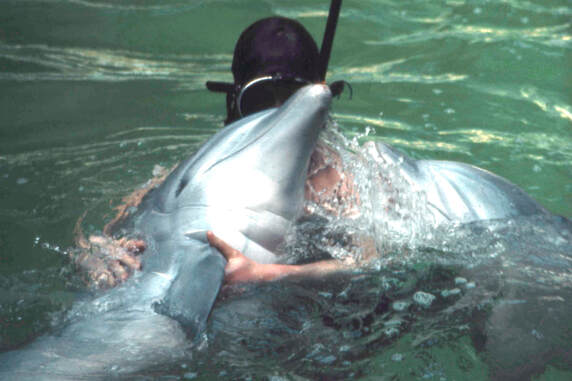 ​the perfect pair: the Mirror cracks 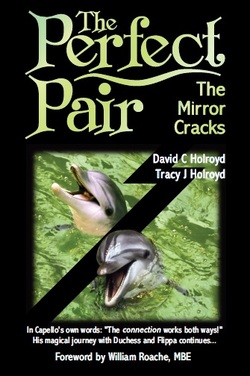 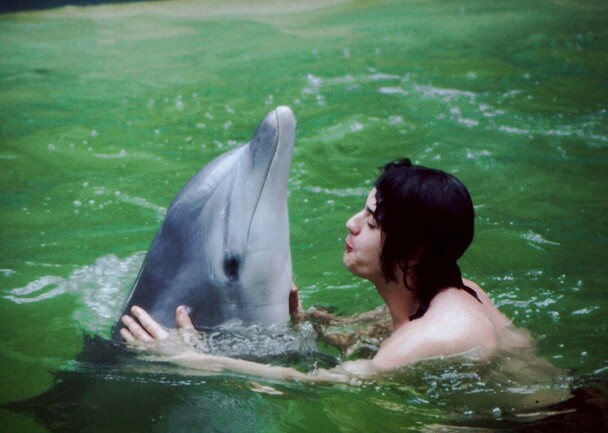 THE PERFECT PAIR: SHARDS FROM THE MIRROR
​ 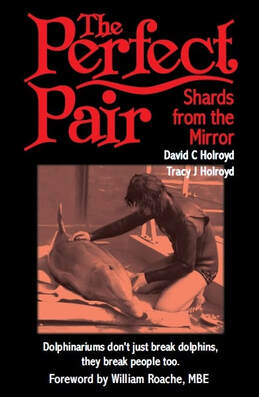 ​A voice bellowed hoarsely from the filter room. “Right, lads, we’re almost ready to start ’em up. Just ten more minutes …”
This was it: D-day – the big switch on. Only ten minutes more before the new filters became operational.
As the seconds ticked by, Backhouse and I waited on opposite sides of the pool, both desperately trying to avoid eye contact and thankful for the expanse of water lying between us.
Water … the term barely applied following the torturous longer-than-expected fifteen-day shutdown. The Hendle pool now bore all the trappings of a tropical swamp rather than a dolphin arena. A foul stench permeated the air, and my enchanted mirror sported a green-hued overcoat, through which rigid grey dorsal fins sluggishly and intermittently sliced.
“Not long now, lads,” the voice boomed. “Right, that’s it! Here we go!”
No sooner had he given the word than I felt a deep rumble erupt from the belly of the pool. Seconds later, powerful air bubbles munched their way through the gloom, prising the green coat apart. I held my breath as the moss broth bubbled and spat, reminiscent of a witch’s cauldron. No one moved – not a muscle twitched - as all eyes remained glued to this titanic collision of air and water: the re-enactment of a primordial battle.
Then it happened …
The surface of the pool suddenly lurched upwards, vomiting a cloud of oily, black sand. We stared wide-eyed with shock as the tormented arena bellyached and groaned before belching out discs of what appeared to be congealed tar.
“Oh, my God, what the hell’s that?” Dan screamed. “It looks like paint …”
I looked on in horror as Dan’s terrible observation slammed home. “God, it is paint – it’s the filter coating!” Swinging around to face a noticeably shaken Backhouse, I yelled, “Quick, we’ve got to get that stuff out of the water! If it gets into the dolphins’ blowholes, it’ll kill ’em!”
Chaos erupted as everyone – Backhouse included – dashed frantically around the pool, snatching at literally anything capable of holding water: buckets, sump grills, scoops and even dive masks. It was bedlam!
“Where’s it come from?” Dan shouted. “How on earth has paint got into the water?”
I didn’t reply – couldn’t reply - time was a luxury we couldn’t afford. All that mattered now was removing the black, sticky gloop spotting the mirror’s face.
On hearing our cries, a crowd of ashen-faced engineers streamed from the bowels of the filter room, buckets in hand.
“Come on, we’ve got to keep that paint away from the dolphins!”
The mêlée continued for a full hour before the panic finally subsided – a near catastrophe that left a horde of gasping figures littered around the pool’s walkways.
Despite none of my charges being harmed, I was furious, absolutely furious. Teeth clenched, I glared at the head engineer.
“I’m sorry, so sorry … I just never thought about the dolphins,” he pleaded. “If anything had happened to them, I would never have forgiven myself. You see, we normally carry out this type of work on an empty pool, so any excess paint coming away from the filters isn’t a problem. I don’t know what to say …”
He was not only apologetic, but also clearly distressed, so there seemed little point in upsetting him further. Nevertheless, I was all too aware of just how this might have ended.
“Okay, okay … no harm done … we’ve been lucky,” I assured him soberly. “But we still have a problem …”
The white-faced engineer looked at me beseechingly. “Problem … what problem?”
My gaze led him to the dense sand clouds churning around the pool. “What do we do with that lot?”
“Well, under normal circumstances, it would eventually work its way through the system. But this water’s so filthy, I just assumed you’d be dumping?”
On hearing this, Backhouse visibly stiffened. The comment had obviously hit a raw nerve – one that immediately sent him scurrying back to his office …
… a stark indication of trouble to come.
Once the engineers had gone, I knew that I’d again find myself in the unenviable position of having to trudge to Backhouse’s inner sanctum to plead for permission to dump the pool …
… permission he was bound to refuse.
For me, this latest visit could only end one way: more frustration, more humiliation …
… courtesy of the Backhouse grind.

​THE BIGGEST EXPOSE EVER TO HIT THE CAPTIVE DOLPHIN INDUSTRY
​THE PERFECT PAIR: SHARDS FROM THE MIRROR
DYNAMITE!