Right from the Prologue you are forewarned that
a deeply dark enthralling story is about to unfold.
(Ian Rothwell, Radio Presenter)

A dark fantasy about Belinda Fellgate, an inept teenager who struggles with lessons, gets bullied at school and suffers abuse at the hands of her alcoholic stepmother.
One night, a catastrophic fire destroys a house on the small avenue where she lives.
But this is no ordinary fire, and its lone victim, Alice Cripps, was no ordinary woman. In fact, nothing on The Avenue is what it appears to be.

And so, our story begins: an adventure to eclipse all others.

In a parallel universe, dark forces are orchestrating a power grab so dire as to threaten Infinity itself. Its only hope: the mythical HellCat; a powerful entity concealed within a Shadow Realms’ contract written at the beginning of time.
A sprinkling of Heaven, a pinch of Purgatory … and a hefty dose of Hell.

Thus, Belinda Fellgate – the Chosen One - is pitched into a world of shifting realities where demons and mythical creatures haunt the shadowy corridors of the id.

So, buckle up and board the ghost train for the ride of your lives
​ as Belinda and her Mirror Army brave the horrors of the Shadow Realms
... ready and able to GIVE ‘EM HELL! 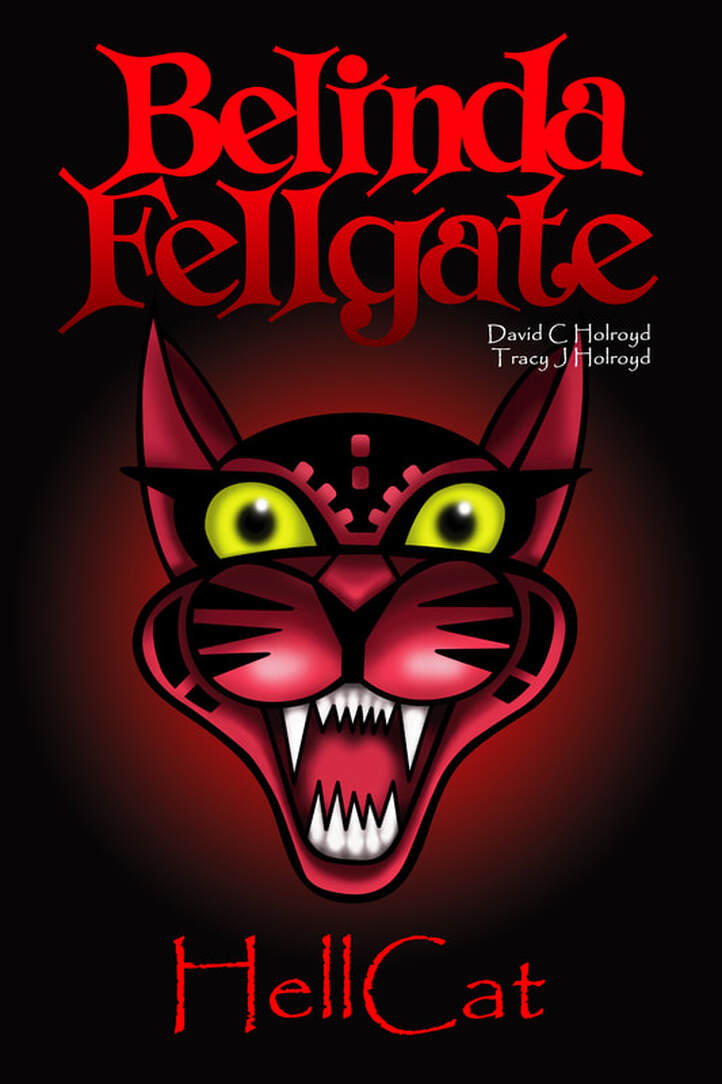 An inept 14-year-old girl struggles with lessons, gets bullied at school and suffers abuse at the hands of her alcoholic stepmother ... until the day a catastrophic fire destroys a house on the small avenue where she lives. But this is no ordinary fire, and its lone victim was no ordinary woman. In fact, nothing on The Avenue is what it appears to be - and that includes Belinda herself. For Belinda Fellgate – the girl with the emerald eyes - is far from the dullard she believes herself to be …
David and Tracy Holroyd, fresh from their marathon award-winning book series, The Perfect Pair Dolphin Trilogy, plunge into a world where suburban reality meets dark fantasy with the teen thriller Belinda Fellgate: HellCat.
And so, the scene is set. Join Belinda and Jinka as they bare their teeth and flex their claws; an angry young girl and her warrior cat … ready to GIVE ‘EM HELL! 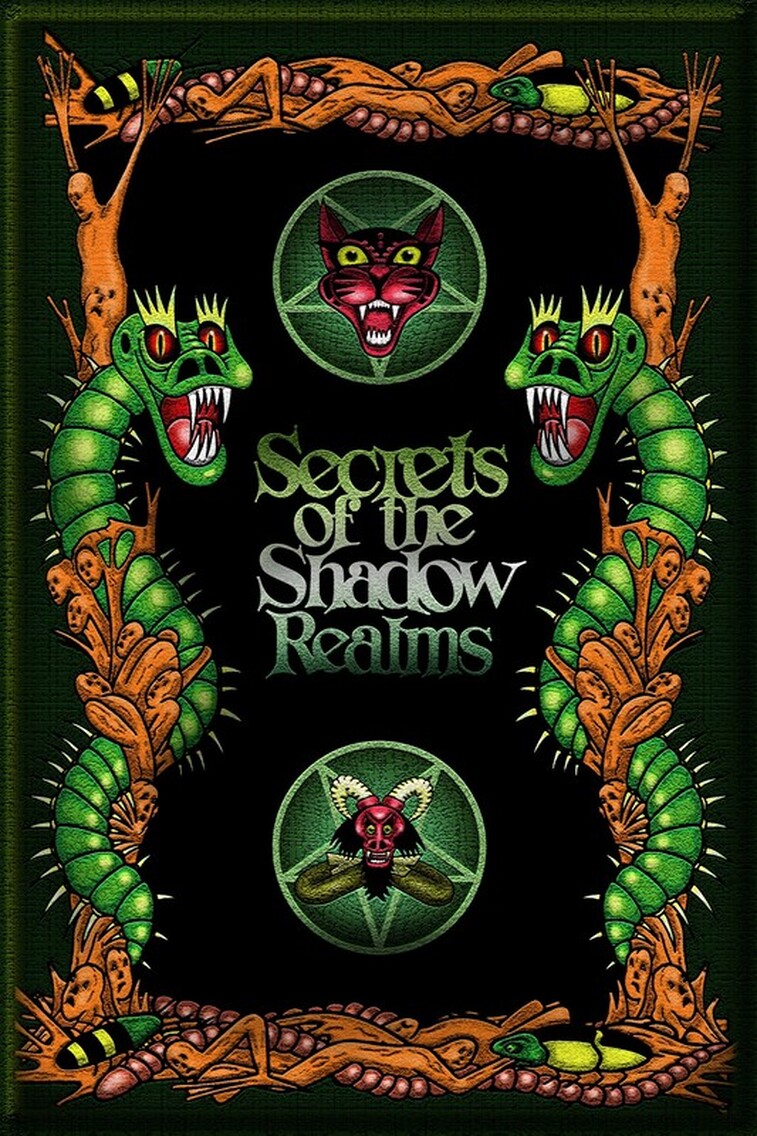 Reader, heedest thou my words and tremble …
… for I be the demon named Secrets of the Shadow Realms, a tome forged in the furnaces of Hell.
Be thou warned!
Those who dare to read my chronicle must pay a forfeit. A debt that, if not forthcoming, shall condemn the reader to a reality of eternal nightmare. So, thinkest thou long and hard before thou beginst, for once thou hast viewed my pages, thou art bound by an inescapable pledge.
Knowest then thou this: within my texts be a contract agreed by the illustrious lords who govern the three Shadow Realms: Heaven, Purgatory and Hell. An agreement that hath maintained a fragile truce since time immemorial …
… until now!
There be a festering of ambition; a rebellion brewing beyond Hell’s gate; an uprising so catastrophic as to imperil not only the Shadow Realms, but Infinity itself.
But still there be hope, for the Shadow Realm leaders be strong and wise. Thus, they wrote within their contract the coming of a saviour; a chosen one named HellCat. A being that possesseth the power to breach the dimensional barrier betwixt life and death; an avenger recognised as hunter, judge and executioner of those who would undermine the Shadow Realms’ order.
Alas, Satan, my Dark Lord, be the trickster supreme, so inserteth he a veiled clause to hold sway over the Chosen One; a devilry that cannot be broken, even by he who crafted it …
… the HellCat may attain full power only on receipt of the kiss of Flauros, ferocious panther guardian of Hell’s Gate.
So, if thou be intrigued and yearnest to learn more, then, onwards! For this be the first Chronicle of the much-revered HellCat …
But rememberest thou my opening words: thou SHALT have a debt to pay – a debt that shall be collected in full! 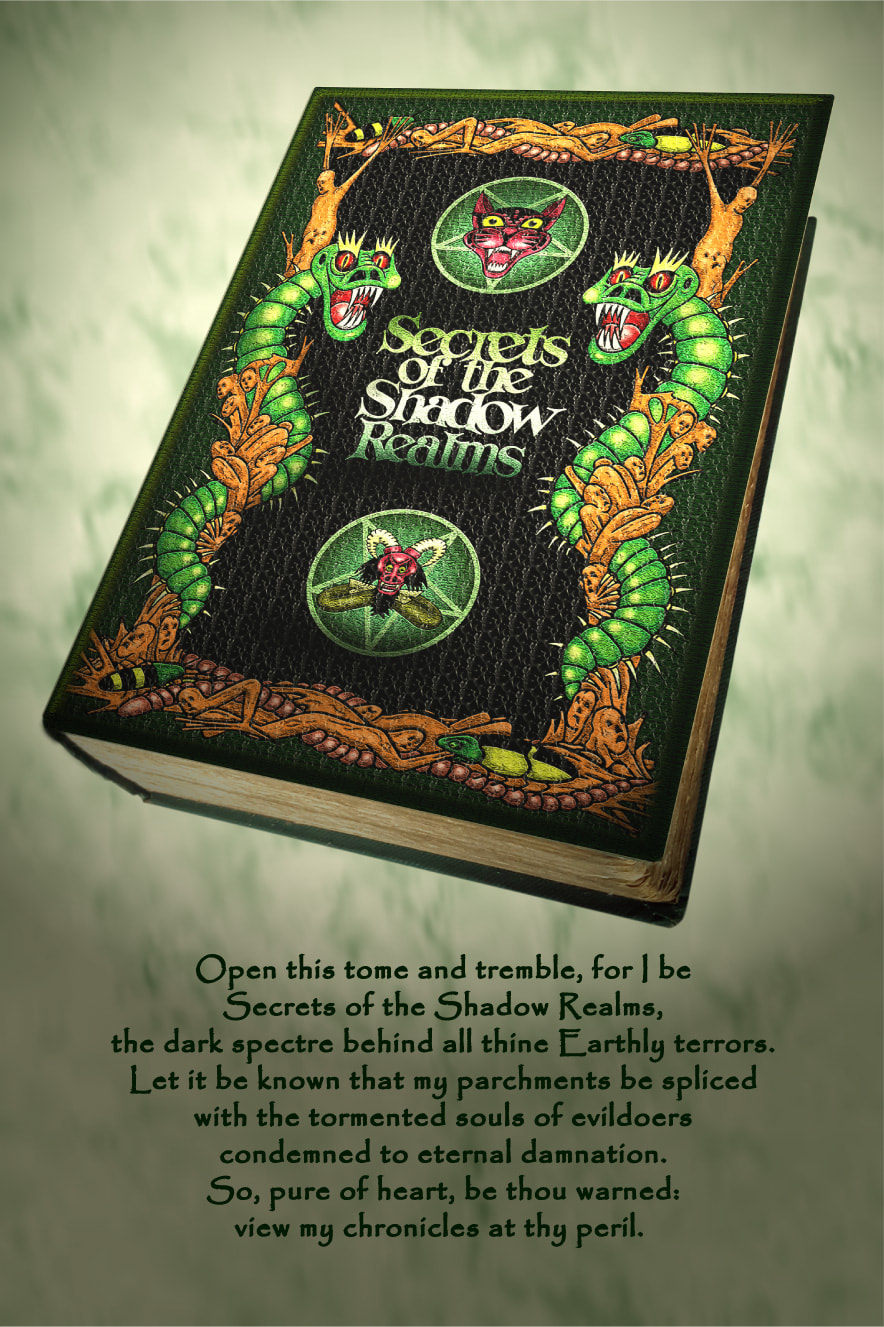 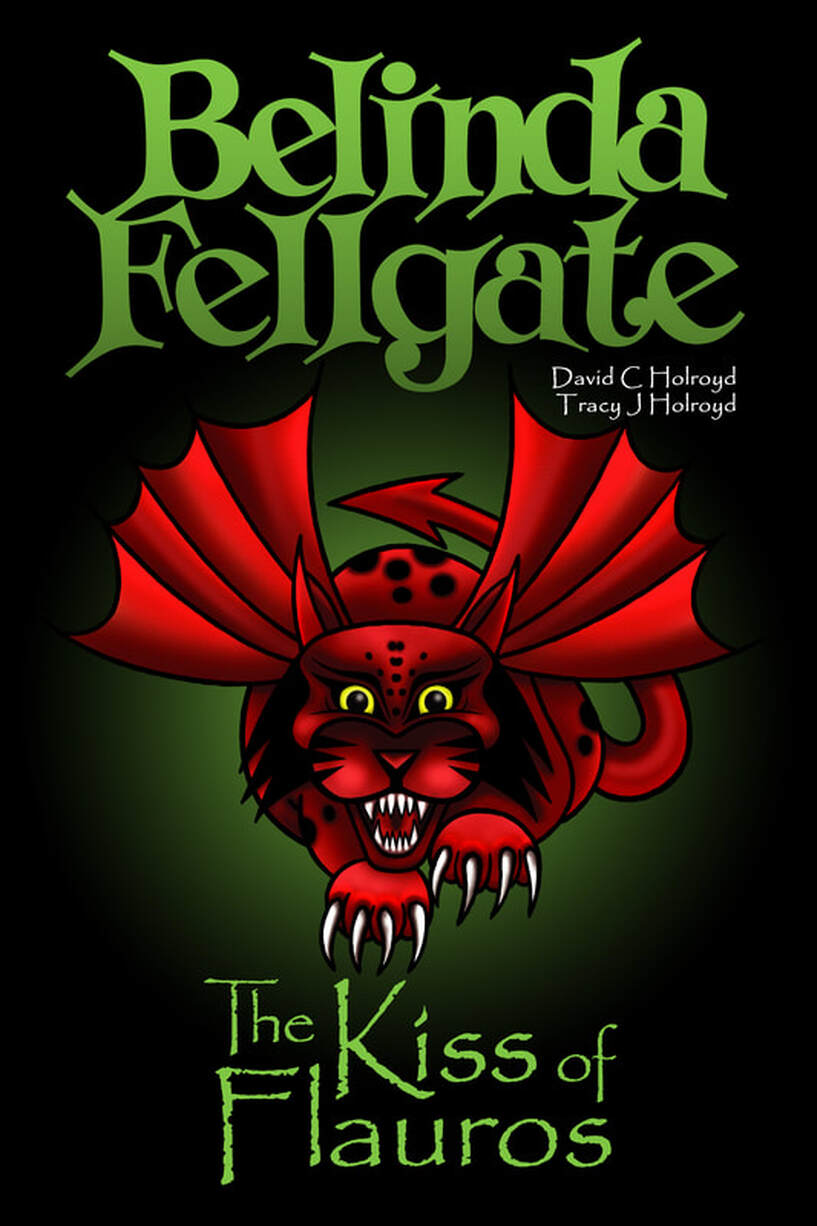 Buckle up and board the ghost train for the ride of your lives as Belinda, Shelley, Vincent and Jinka brave the horrors of the Circus Macabre.
Cursed with the latent power of the mythical HellCat, Belinda finds herself dragged into an inter-dimensional battle between good and evil. A Shadow Realms’ conflict that pits our heroine and her gifted friends against Hell’s dreaded harbourmaster, the horrific clown demon, Malamok. 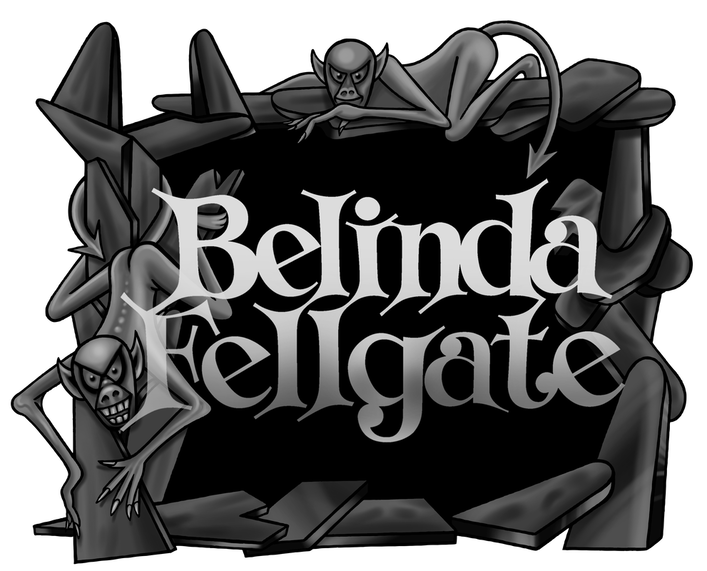